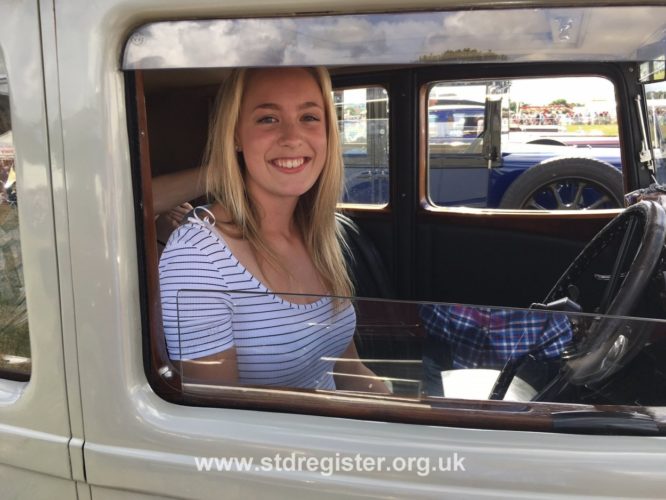 For those who are agriculturally inclined this is the show for you and it is not to be perceived as a reference to any ancient vehicles present. In fact there was a great turnout of five Sunbeams and one Talbot.

Local farming family, the Harrisons, were there in force with their Sunbeam 14/40 and Sunbeam Speed 20 whilst Peter Wright added to the scene with his impressive Sunbeam 20/60.   It was good to see Rigby and Julia Wason in their 1928 Sunbeam 16, which Rigby inherited from his father who bought it in 1958.

Maggie and I travelled to the show in our 1928 Sunbeam 16 saloon acquired from a North Devon scrapyard in 1962 so both cars have been in long term family ownership as has the Harrison fleet.

Russell Molyneaux from Hatherleigh arrived in his Talbot 75 and, although not yet a club member, but here again his father originally owned this car and I think another Talbot as well.

James and Susan Wheildon called in on their way back from Cornwall probably to check up on us in the far flung West Country, which stimulated a good exchange of banter. 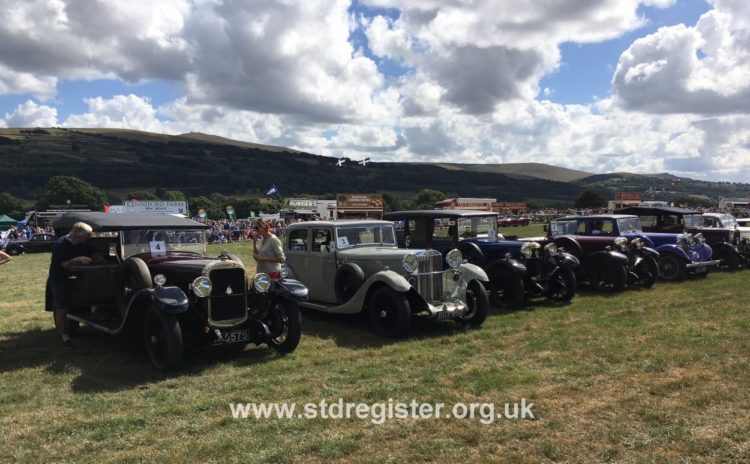 The full line up of five Sunbeams and a Talbot at the 2018 show.

It’s more than encouraging to see the Harrison succession plans in preparing the next generation to run these vehicles in the future.  In fact both their granddaughters drove the cars in the show parade.

A reminder that wherever possible we should all follow this example of passing these fine cars to the younger generation.

A very sociable and a great day out enjoyed by all.